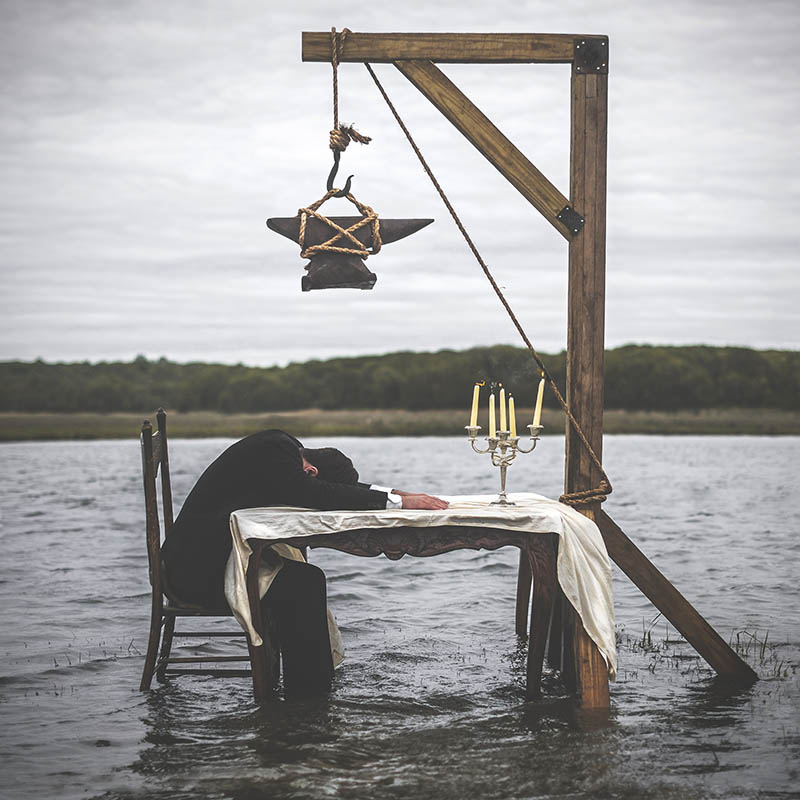 Nicolas’ work was published in Issue 31 of Beautiful Bizarre Magazine.

Nicolas Bruno studied at Purchase College of New York, where he received his BFA in Photography in 2015. His studio practice is based in Northport, New York, where he photographs and fabricates props for his compositions. Bruno weaves together his terrifying experiences of Sleep Paralysis with surreal self portraiture in a therapeutic translation of night terror to image. His constructed worlds of uncertainty exist on plane between waking and sleeping, where he is tormented by a physical embrace of the subconscious and its perils, all while being paralyzed in bed. Influences of 19th century Romanticists, historical texts of occultism, and dream symbolism lace each composition with various visual dialogues of the macabre.