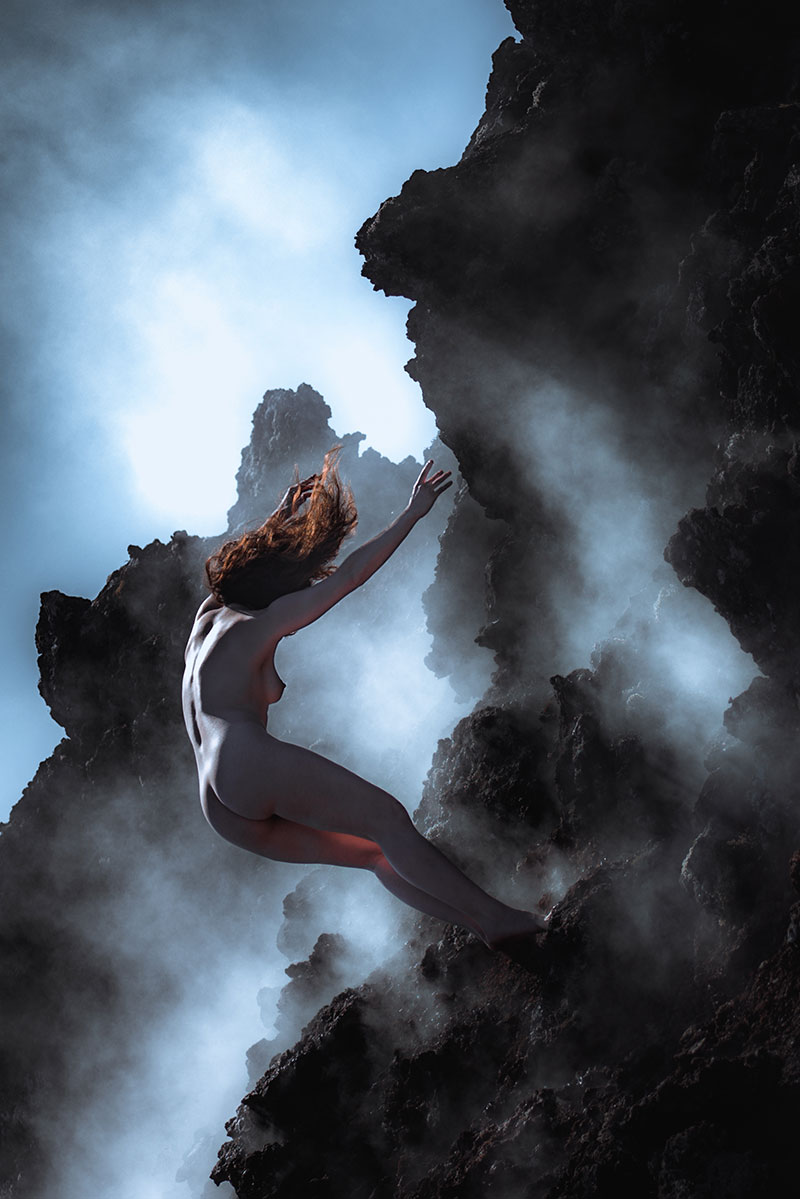 For much of Benjamin Franke’s (also known as Soulcraft)  life he has studied the human form through figure drawing workshops and art school. During his practice, he came to the sudden realisation and the eventual conclusion that the human form, specifically the feminine figure is perhaps one of the highest forms of natural art. Capturing the likeness of the feminine is quite a challenge, consider the fact that there’s an unmatched subtlety to the female form that emphasises and celebrates visual math. Flowing curves and delicate angles that seem to whisper the silent names of the elements. The same subtleties are found in the intricate forms in nature, and likewise, in the dissonance of jagged and complex textures. When juxtaposed, these harmonies and contrasts celebrate the human form. Within the movements of the muse, a dance of mind and body, a glimpse of the soul. Having just picked up photography, this is what Soulcraft seeks to capture through his lens as a new avenue of creative expression.