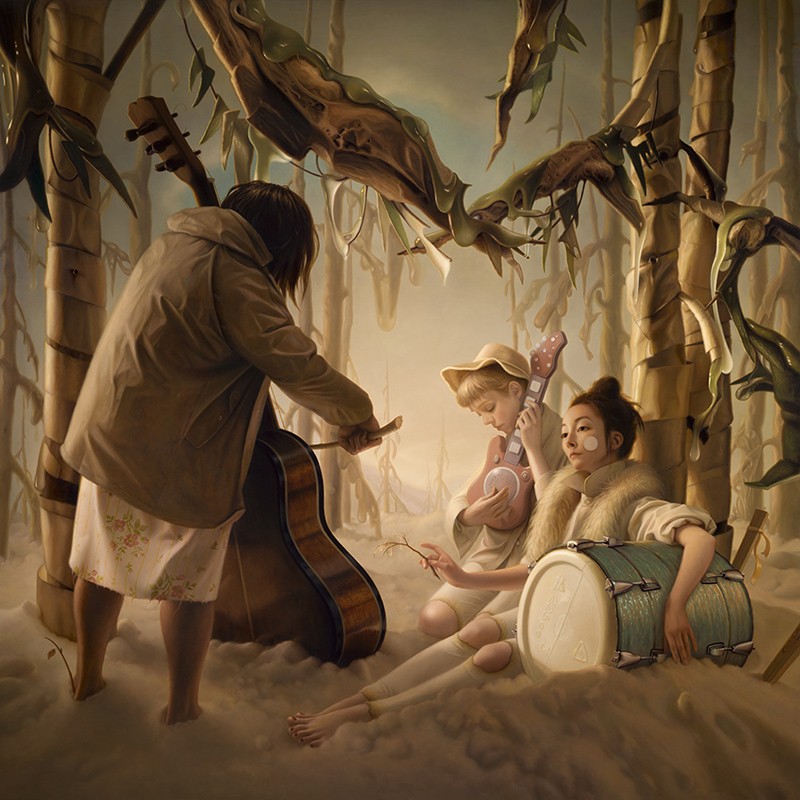 Steven Chmilar was born in Grande Prairie Alberta where he spent most of his childhood on a farm, helping with chores, drawing and building imaginary civilizations in the woods.  While living in Calgary from 2000 – 2008, he played music professionally and won a national songwriting contest in the spring of 2006 at CanadaMusicWeek in Toronto. From 2008 until 2012, he lived in Victoria BC where he painted and performed as a solo musician.  A career shift to full-time visual artist was made after the success of his first show in November of 2011.  He currently lives in Sidney, British Columbia, Canada where he delightfully paints every day overlooking a beautiful ocean view.