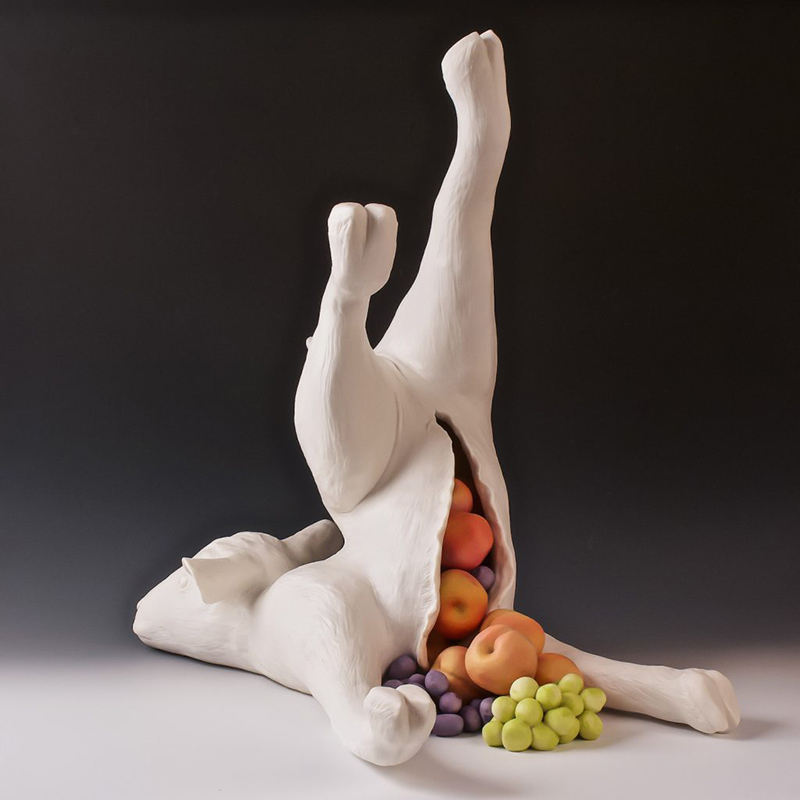 Lorren Lowrey was born and raised in Long Beach, California where she spent most of her life, until recently. Growing up in the 90’s with parents who were beach bums turned Jehovah’s Witnesses had a huge impact on the way Lorren learned to view the world, and ultimately how she approach art. Attending college was never a realistic option, so early attempts at art were very DIY. It wasn’t until her late twenties that Lorren finally attended college where she studied oil painting and eventually received her BA from California State University, Los Angeles. It was there that Lorren was first introduced to the magic of ceramics, and have been dancing with the devil ever since.  ​

She am currently living and working in Portland, Oregon. When shes not in the studio, she works part-time as a bartender and enjoys spending quiet time with her partner and her devilishly naughty cat.

Lorren am particularly interested in fusing art history motifs, animal subject matter, and religious symbolism into a loosely suggestive narrative. Sculpted in porcelain, these anthropomorphic arrangements carefully teeter on the edge of macabre, while examining the personal tether between growth and pain. Her influence stems from both her personal struggles with anxiety and depression as well as 17th century Dutch still life paintings. She deliberately partners common objects with strange animal compositions, arranged in surreal ways, to create an obscure narrative imbued with tension and wonder.